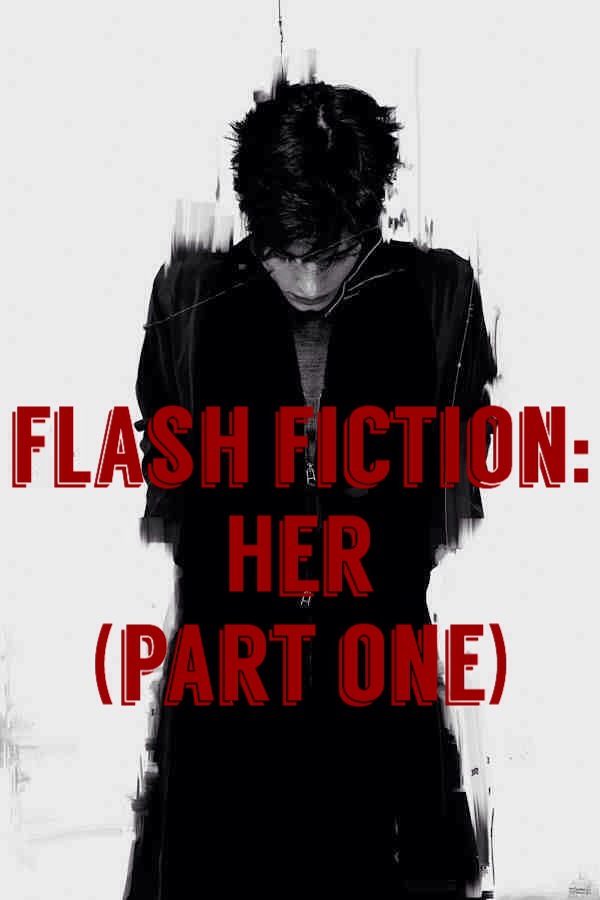 There is this chap around the Twitter writing community that I collided with a few months ago. His name is Brett, and one day on a whim I trotted over to his website to read an article about Heroines that some of my friends had mentioned. Whilst I was there I read a flash fiction he wrote in the beginning of August entitled simply, Ashton. It was vivid, poignant, and captured my attention so completely I didn’t even notice the specific style he wrote it in until I reached the end. Over the next few weeks while I went on holiday and visited tiny, gloriously overflowing bookstores, and swam at night in glimmering pools, and rode ski lifts and ate ice-cream, I kept on thinking about Ashton in the back of my mind. A thought started to percolate as thoughts do.

And so I finally wrote a flash fic of my own told in the same style Brett used. Enjoy! I’m hoping to post Part Two next Friday. (part two can now be found here.)

Shadows stretch like fingers along the passage walls. Grey blends with black, shattered only by the intrusion of red where each guard stands.

Light is cold, blue, and faint here. Sound is swallowed up before it begins. Time exists only by the change of red to fresh red.

From your place in the deepest corner without light you watch the crimson-clad soldiers march by.

Their footsteps echo into silence and the Men in Red stand still once more.

Statues waiting to be broken.

Your fingers flex of their own accord, and you smile in the dark.

The guards fall one by one, their uniforms crumpled blotches against the floor.

You leave them where they are — stumbling blocks to make time when the alarm sounds.

The laser grids and razor wire are next.

Most men could never do what you do; could never turn their too-wide bodies at the precise angle and speed to flip and twist through a maze, through a tangled web of red death.

You have always been small. Small, slight, and agile.

But, as usual, your body whizzes by the last laser a fraction too close.

A high-pitched shriek like a demon let loose fills the air. Most people would hit the floor, and curl up, hands over ears.

Past history as a Man in Red makes sure of that.

Adrenaline shoots through your veins, and you hit the floor and roll to your feet in one fluid motion.

Darting over to the nearest cell, you burn a hole through the steel with a slap of your gloved hand and toss an activated teleport cube inside.

You move from cell to cell in a matter of seconds, teleporting the prisoners off without even bothering to glance inside.

You burn a hole, fling a cube in…. and someone grabs your arm.

No time to think. No plan.

You twist your hand. And snap the unseen wrist.

A split second too late your mind catches up.

Heart surging, you stagger back a step. Then raise both gloved hands and burn through the cell door.

Inside a woman crouches at your feet, breathing in painful gasps. One wrist dangles at a freakish angle and she clutches it against her chest.

Seeing her feels like being kicked in the gut.

With a flick of your hand, you de-activate the teleport cube. The woman doesn’t move as you crouch in front of her, and you realize why. You also realize why breaking her wrist felt like snapping a twig.

She is skin and bones, dressed up in rags.

Bile rises in your throat, and you spread your hands, careful to angle the palms away from her.

She lifts her eyes. Blue eyes burning with fear and rage and despair.

You hear yourself stammering out words in a voice that threatens to splinter and shatter, but you know it can’t make a difference.

Know that any number of apologies can’t atone for the pain you’ve just needlessly inflicted on her.

For the pain you have inflicted on others.

Holding your voice together by a thread. It still cracks.

Holding your soul together with twine. When will it break regardless?

The look in her eyes changes, and she mouths suddenly, “Take care of her.”

The woman’s gaze flicks to the left, and you follow it with your own.

A child sits in the corner.

A baby, to be exact.

It’s so tightly bundled up you doubt if the alarm even bothers it. You think it’s asleep.

You glance back at the stick woman with the blazing sky-eyes.

“Take care of her,” she repeats.

Your eyes widen, and you forget to breathe.

The woman holds your gaze with a fierce grip, and you can feel your soul stripped bare before her.

Four words she grits out between, chipped, stained teeth.

Four words that hang suspended in the air.

How long has it been since you felt raw fear?

You open your mouth.